Having specially trained staff on ICWA is good practice for both state and tribal child welfare agencies because it supports proper ICWA implementation and can potentially reduce appeals and costs. State and county staff that specialize in tribal child welfare also need to be trained on culturally responsive engagement and historical context about why ICWA was passed. Tribal ICWA Advocates need to understand how their local child welfare services respond when they have good reason to know they have an Indian child in their care. When tribes, Native American communities, state, and county child welfare agencies work together we can achieve the best outcomes for safety, permanency, and well-being.

Click below to view the PowerPoint presentation from the 2017 Tribal STAR Celebration. 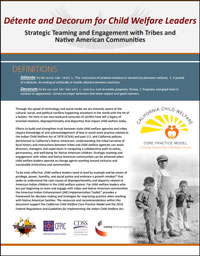 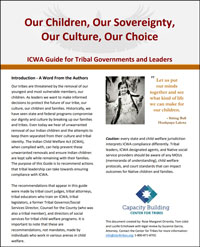